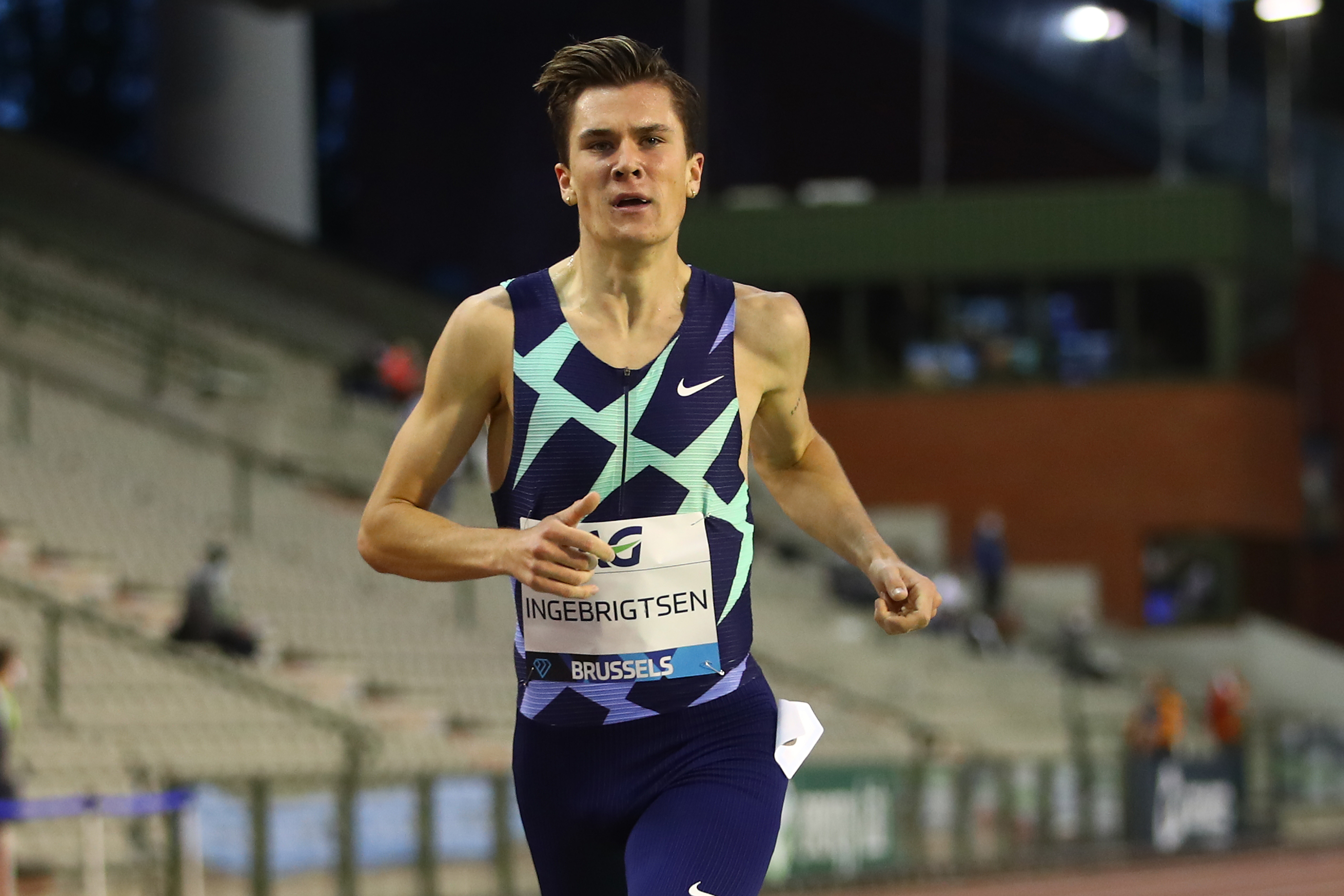 Middle-distance talent Jakob Ingebrigtsen is the latest big-name athlete to sign up to compete at the Müller Grand Prix Gateshead on Sunday 23rd May.

The event at Gateshead International Stadium in just over a week’s time is the first meeting in the 2021 Wanda Diamond League series and the 20-year-old from Norway is racing over 1500 metres.

One of the most exciting runners in the world, Ingebrigtsen is the European record-holder for the distance with 3:28.68 set in Monaco last year and he is the reigning European champion at 1500m and 5000m.

Ingebrigtsen said: “I had a great time racing in Glasgow at the European Indoor Championships a couple of years ago and I’ve also run a few times at the Olympic Stadium in London. So I’m hoping for another good experience in Britain at the Diamond League in Gateshead next week.

“I’ve been training hard lately but I enjoy testing myself in competition and this meeting will be a good race to see where I am in the run-up to the Olympics.”

Indeed, on one of recent visits to the UK he won 3000m gold and 1500m silver at those European Athletics Indoor Championships in Glasgow before capturing gold at both distances at the same championships in Poland in March this year.

Giles impressed during the recent indoor season when he clocked a sizzling 1:43.63 for 800m to smash the long-time British record held by Sebastian Coe, whereas Mills is the reigning British 1500m champion and the son of former England footballer Danny Mills.

With the meeting moving from Rabat in Morocco to Gateshead in England, it means British Athletics is able to offer more valuable competition opportunities to domestic athletes in the run-up to the Tokyo Olympics and Paralympics. Mills and Copeland are also part of the Futures Academy Programme which is supported by Nike.

Australia will also have a strong presence in this race with Stewart McSweyn leading the charge. Last year McSweyn ran an Australian 1500m record of 3:30.51 and in Gateshead he is joined by talented fellow countrymen Ollie Hoare, Matthew Ramsden and Ryan Gregson.

Added to this, the meeting is set to feature a women’s 100m with Dina Asher-Smith (John Blackie; Blackheath & Bromley), Shelly-Ann Fraser-Pryce, Elaine Thompson-Herah and Sha’Carri Richardson, while the men’s pole vault sees a clash between Mondo Duplantis, Sam Kendricks and Piotr Lisek. In addition, Laura Muir (Andy Young; Dundee Hawkhill) will race in the UK for the first time in over a year when she tackles the 1500m.

The Müller Grand Prix Gateshead will be broadcast live internationally from 7pm-9pm and for the domestic audience on BBC2 from 7pm. However the meeting will start at 6pm with a series of para athletics events, as well as some of the Wanda Diamond League field competitions.

Following the recent announcement from the UK Government regarding Step 3 of the roadmap, we are delighted to announce that we will welcome up to 2,000 spectators for the Müller Grand Prix Gateshead on Sunday 23rd May. We are working closely with stakeholders, including Gateshead Council, the Director of Public Health and the Gateshead Safety Advisory Group to ensure spectators can return to the stadium with safety and social distancing as our priority.

Tickets will be available to fans who purchased tickets for last year’s cancelled event on a first come, first served basis from Friday 14th May. Any remaining tickets will be released for general sale on Monday 17th May. More details available at www.britishathletics.org.uk.