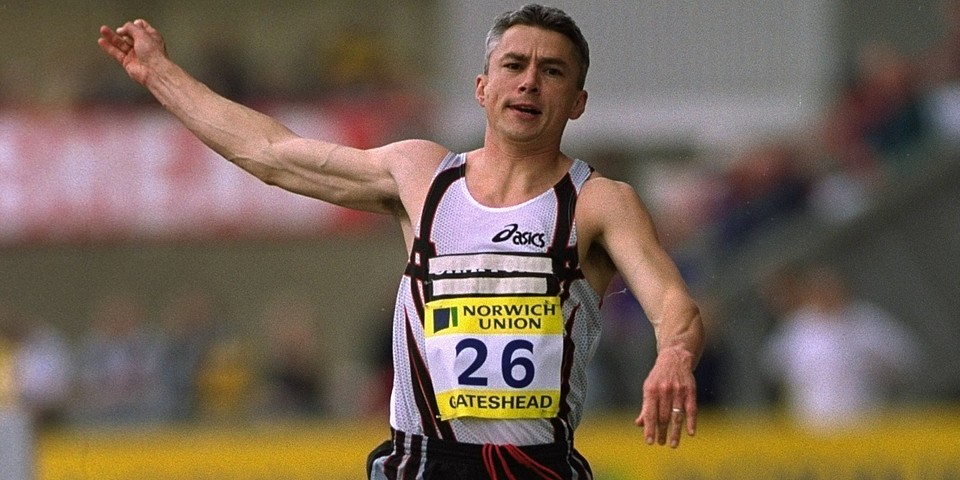 Despite having his potential spotted while starting out in triple jump at West Buckland school in London, world record holder Jonathan Edwards is a Gateshead Harrier through and through.

Initially moving to the North-East to read physics at Durham University, the 53-year-old would go on to become the next in a long list of athletics greats in the region, following in the footsteps of the likes of Brendan Foster, Steve Cram and Charlie Spedding.

Becoming the first athlete to clear 60ft, and going on to claim gold medals in all four major championships, Edwards is the first in our series of #GatesheadGreats, as we continue the countdown to the return of top-class athletics to the area for the first time in 10 years.

The son of a vicar, Edwards first jumped 16m in 1986 and quickly established himself as the leading light in British triple jumping with third place at the 1989 World Cup with 17.28m.

Edwards would go on to claim World Cup glory in 1992, win bronze at the 1993 World Championship and pick up silvers at the 1990 and 1994 Commonwealth Games.

Even so, his world record-breaking form in 1995 came as a something of a surprise. His wind-assisted jump – thus not counting for record purposes – of 18.43m at the European Cup was a sign of things to come as Edwards went on to break the global best mark twice on his way to World Championship gold in Gothenburg.

His record of 18.29m still stands today and contributed to Edwards claiming the 1995 BBC Sports Personality of the Year award, as hopes that he would go on to dominate the sport for years to come began to grow.

Despite heading to the Atlanta Olympics as favourite, Edwards’ run of 22 successive wins came to an end on the biggest stage as he was pushed into second place by American Kenny Harrison by 21 centimetres.

Despite recovering from keyhole ankle surgery – that forced him to miss the Commonwealths in Kuala Lumpur – to lift the 1998 European title in Budapest, more disappointment was headed his way a year later when he finished third at the World Championship in Seville.

The pain of that bronze medal finish coincided with a difficult time for Edwards and his family away from the track, circumstances that threatened his attendance at the 2000 Sydney Olympics.

Despite contemplating returning to the UK following the death of his mother-in-law, Edwards demonstrated tremendous dedication and determination to claim the previously elusive Olympic gold medal.

A year later, Edwards would regain his world crown in Edmonton, before finally claiming his first-ever Commonwealth title in Manchester in 2002, to hand him the fourth of athletics’ major titles.

Among Edwards’ final appearances in the sand came back on home turf in 2003, when he finished second in the Norwich Union Super League, finishing where he had started by showcasing his class in front of a passionate Gateshead crowd.